The death toll in last week’s 6.8 magnitude earthquake in western China rose to 93 on Sunday as the search for survivors continues.

The earthquake, which hit Sichuan province on Monday, was concentrated in Ganze Tibetan Autonomous Region southwest of Sichuan’s capital Chengdu. Aftershocks were still being felt Tuesday.

According to the United States Geological Survey, the quake’s epicenter was approximately 27 miles southeast of Kangding, a city of approximately 100,000. Over one million residents in surrounding areas are estimated to have experienced moderate tremors after Monday’s earthquake.

As of Sunday, another 25 people are still missing as the search for survivors and the recovery of bodies have been complicated by heavy rains and the risk of landslides which forced some residents to relocate to temporary shelters.

The earthquake also affected the provincial capital of Chengdu which was currently under strict COVID-zero lockdowns with residents not permitted to leave their homes.

Video footage appearing online showed Chengdu residents banging on the metal gates at the front of their apartment complexes, desperate to leave their buildings.

Sichuan province is prone to earthquakes due to the Langmenshan Fault which runs through Sichuan’s mountains. The province of 84 million people was hit by a 6.0 magnitude earthquake last year, killing three and injuring 60.

In 2008, a 7.9 magnitude earthquake, one of the most devastating in China’s history, struck Sichuan province killing almost 90,000 people and sending tremors into cities more than 900 miles away. 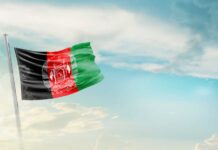 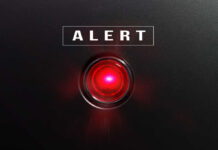